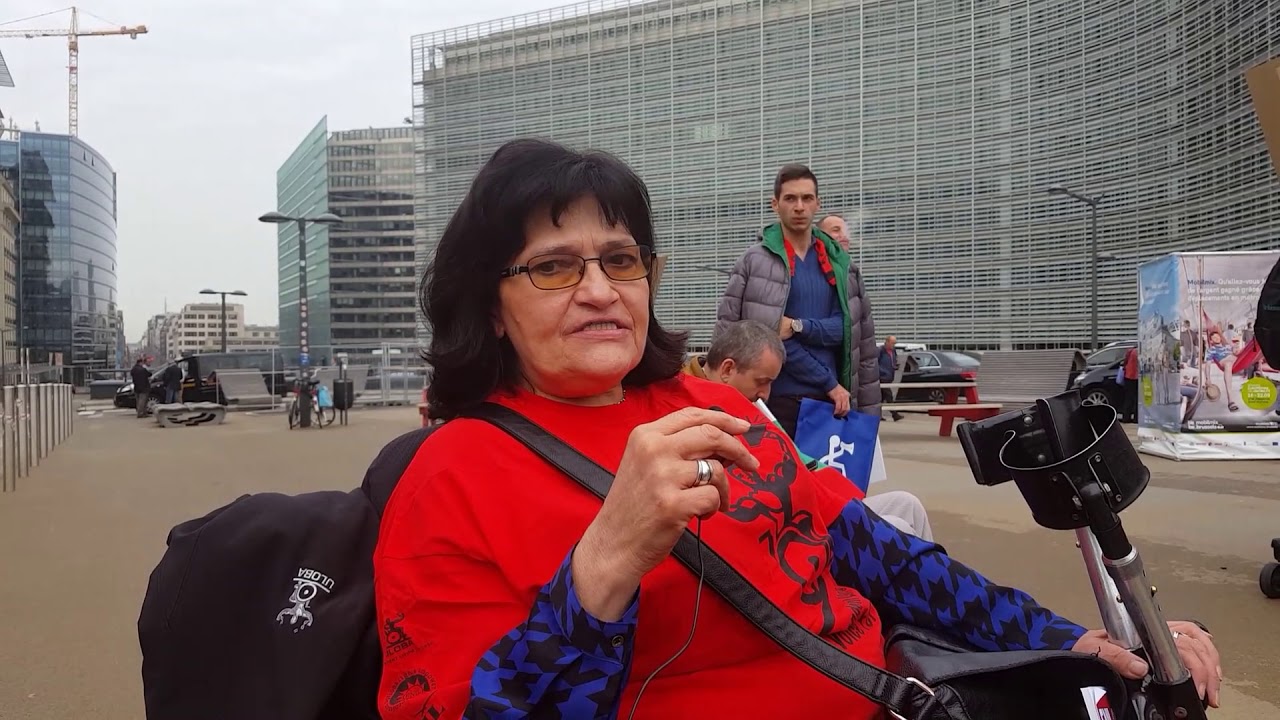 Kapka Panayotova is a well-known disability leader and human rights advocate in Bulgaria. She was one of the founders of Independent Living movement in Bulgaria back in 1995 when The Center for Independent Living (CIL) – Sofia was registered as an NGO. This happened after her internship in the United Stated at the Johns Hopkins University in Baltimore, Maryland.

In her professional capacity as a macroeconomist she has been involved in much advocacy oriented research, as well as in different activities to empower disabled people in Bulgaria, in other Balkan countries, and even reaching as far as to the Caucasus – she has worked with disability groups in Armenia, Azerbaijan and Georgia. Her firm ideas about human rights and outspokenness have brought to light a lot of discrimination cases in Bulgaria, which resulted in denouncement of key legal provisions in Bulgaria and development of entirely new anti-discrimination legislation.

Over the last ten years Kapka has been a disability consultant, trainer and researcher in Bulgaria. She contributed to the International Disability Rights Monitor (2006) and the work of ANED on Disability Policies in Europe.