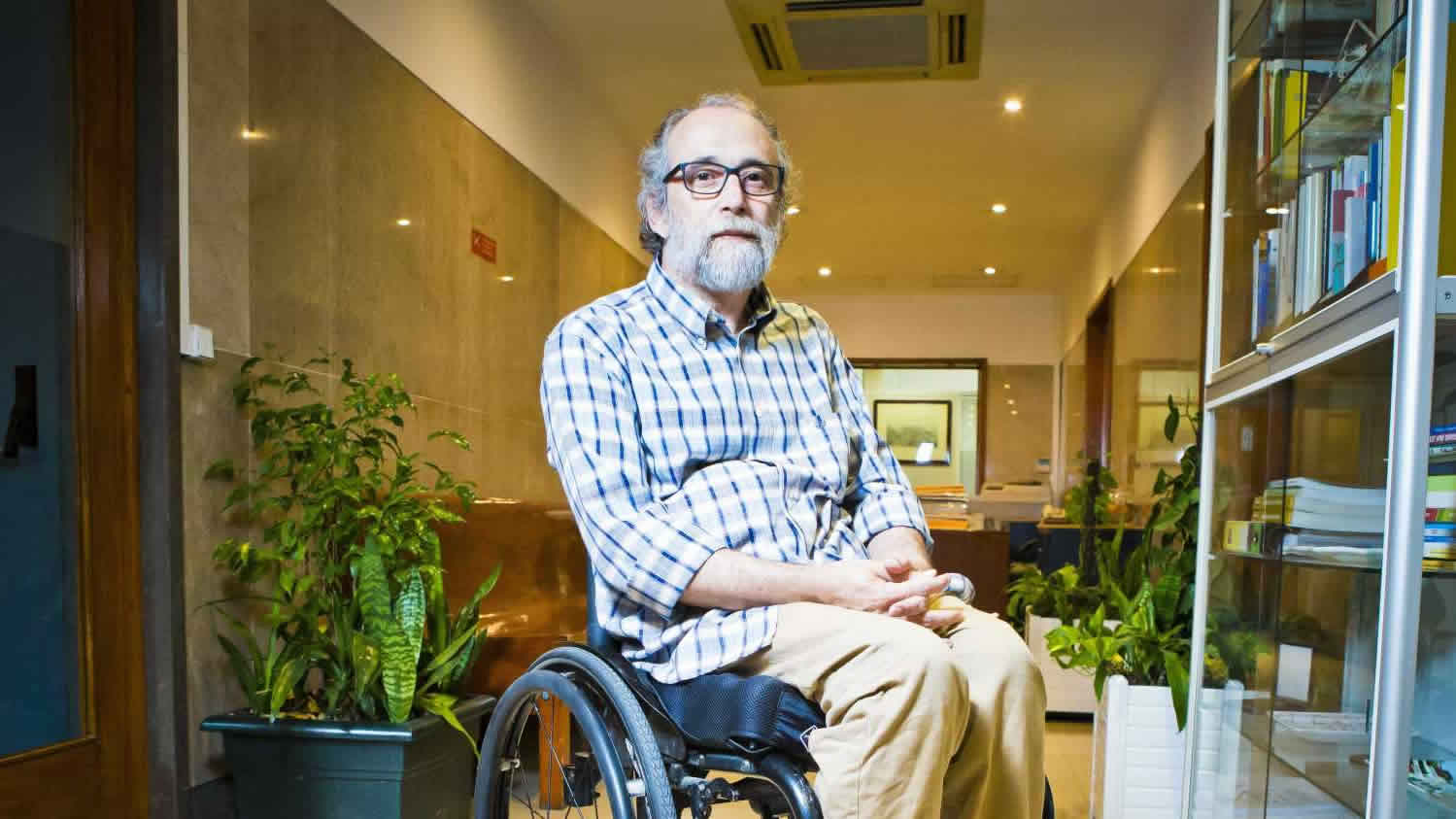 Jorge Falcato Simões is an activist for the rights of people with functional diversity. He belonged to the Board of the Portuguese Association for the Disabled and to the Portuguese Association for Design and Rehabilitation. He founded with other activists in 2011 the movement “(d)Eficientes Indignados” (Disabled people outraged) and was part of the movement “Que Se Lixe a Troika” (Fuck the Troika).

He worked at the Lisbon City Council from 1994 on, dealing with issues related to accessibility, pedestrian mobility and Inclusive Design.

As a municipal technician, among other functions, he was part of the technical secretariat of the Municipal Council for the Inclusion of People with Disabilities, the Open City Commission, the Consultative Council of the European Observatory “Cities and Towns for All” and the Plan Team of Accessibility, which developed the Lisbon Pedestrian Accessibility Plan.

He was responsible for the creation and implementation of the pilot project for Independent Living of the Lisbon City Council, which is currently ongoing.

In 2002 he was awarded by the “Adaptive Environments (Institute is Human Centered Design – USA), the Ron Mace Designing Award, be the 21st Century, for 20 years of activity in the dissemination of the concept of Universal / Inclusive Design.

In 2015, he was elected independent representative in the parliamentary group of the Bloco de Esquerda.