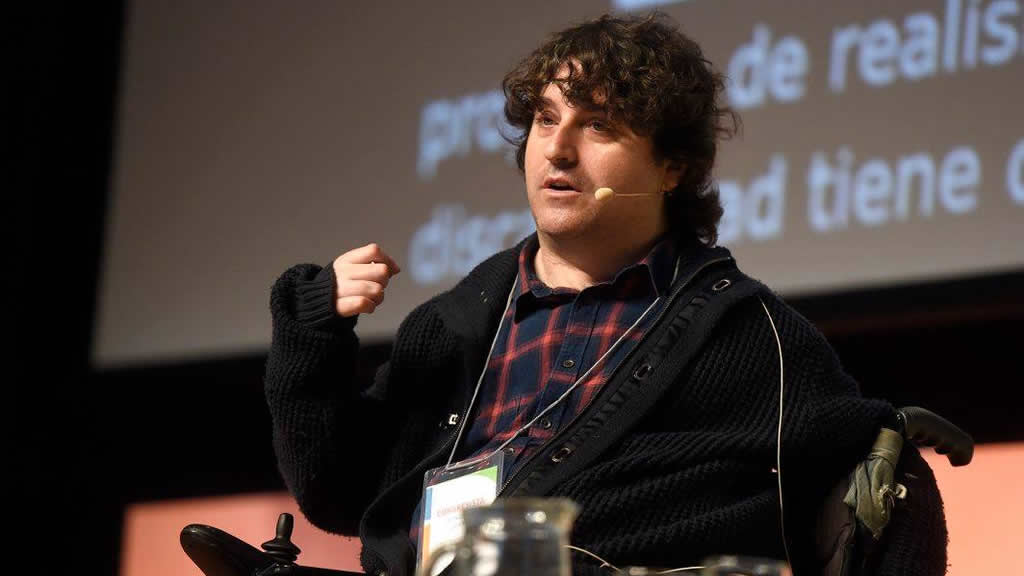 He was one of the 9 founding members of the OVIBCN (CIL of Barcelona) in 2006. He has promoted different cultural audiovisual projects linked to functional diversity: the television series “Trèvols de 4 fulles” -Clovers of 4 leaves- (2018) as co-scriptwriter and actor, the film about sexual assistance “Living and other fictions” (2016) as an actor, the documentary on sexuality “Yes, we fuck” (2015) as co-director, and the crippled postporno short film “Nexos” (2014) as co-writer and actor.

He is also responsible for the “Tus manos, mis manos” -Your hands, my hands- sexual assistance project, he collaborates with the group “En torno a la silla” -Around the chair- that deals with the free and collaborative design of support products, and with the Art Transformation project, as well as in the sites Social.cat and Derechos Humanos ¡Ya! with opinion articles.